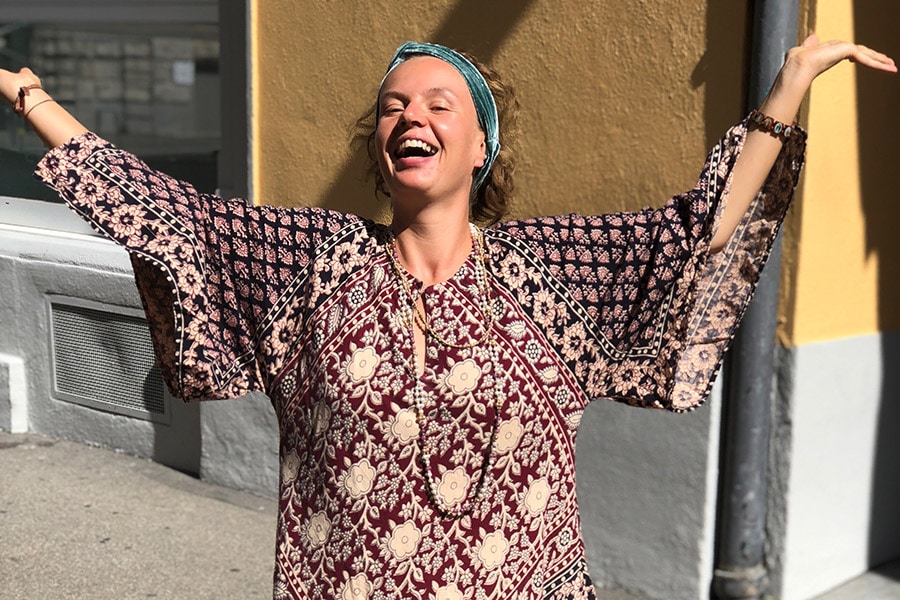 “By loving forces silently surrounded“ is one of those poems that we, in the German-speaking world, are forced to memorize at some point during school, or at least during confirmation in church. Aside from the fact that we should all memorize more poetry because it’s a.) good for the gray matter and b.) great for the soul, this text hits the spot when it comes to November’s energies.

Almost over but not quite finished is this year, 2018. What a ride it’s been – challenging and tormenting us, pushing us hard up against our limits. A Venus year, and one that at the start we might have imagined an easy, cotton candy wonderland unicorn ride – because Venus is the love planet.

That is, until Venus showed us her dark side and – Hallelujah – invited us to resolve our relationship dramas, to look at our injuries and to take a seat in the circle of our sisters. Mine died in August. Really, physically died. She’s gone – I can’t call her up. I’m still practicing talking to ghosts.

November – a bridge to the other side

So, it seems only fitting that the reaper and all of his themes are relevant for me right now. November is that time: the veil is thin, that separates our world from those who have passed on. The misty women dancing across the fields at dawn, seen even in the cities, they tell us these tales.

“The Boat,” from the Maria Magdalena set by Jeanne Roland carries us into this world and beyond, the accompanying text telling us that “the boat carries us to new shores, trust in divine protection carries us safely through life’s storms.” November is a bit like this boat, a bridge to the other side.

Those seated in the boat need that faith the most – trusting that the winds are favorable, that the captain knows what to do in order to traverse the seven seas. Trusting that it all makes some sort of larger, cosmic sense. At some point, at least.

To quote Nena (German Singer): “towards the future, through the night.” This fits well with the dark “8 of Cups” card. The cups literally stand broken in front of a huge, black mountain (the unknown). In the dark, we cannot see – we can only trust. 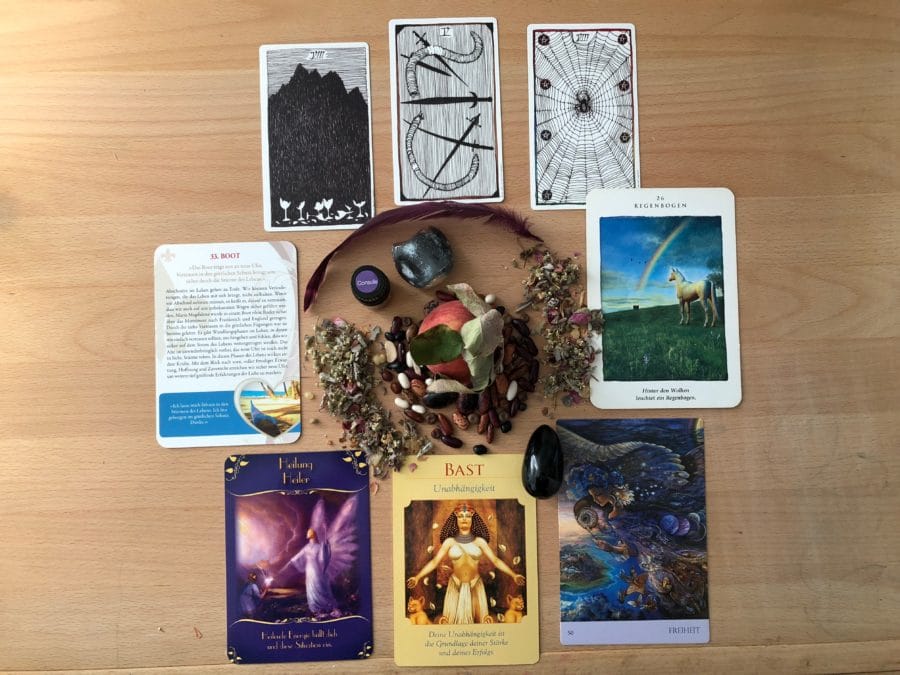 Throw out your broken things

Much has been broken. Things that once held great meaning have changed in the past months and some beyond repair. You know what I mean. And also, that one shouldn’t drink from a broken chalice. Feng Shui tells us that broken things don’t belong in the home.

The next card, the „4 of Swords,“ doesn’t bring better news either. It shows – sorry to say it – a worm, cut in half. A poignant image. The thing about worms is, that both halves can survive without the other (caution: fun-fact!). Keyword: self-destruction.

In which contexts are we too harsh with ourselves, condemning our actions and words? The sword cards always tell us about communication, and considering that mercury is in retrograde starting November 16th and until December 6th – watch out!

Mercury starts his backward run in Scorpio, moving into Sagittarius – so, it’s a damp-steamy affair – reminding us to „Be impeccable with our words“– especially in the context of self-criticism, turning against ourselves. If we take a look at the „8 of Pentacles,“ we see a spider, symbolizing female energy, creative power and eternity.

What are your abilities?

Venus is still retrograde in Scorpio and this could be her card: a spider, resting in it’s well-spun web, alert, ready for action and still – literally – well centered. (#lifegoals!)

The question is: where is your creativity being stifled? What’s keeping you from spinning your webs? What are your abilities and talents? November is THE month for crafting: cold outside, warm inside, so bring on the wool, paints and glue!

This is just the moment for Diana Coopers rainbow unicorn card. “Behind the clouds, a rainbow glows” – possibly already around the new moon on November 7th which is in the oh-so balanced sign of Libra, in constant search of harmony and equality. Libra is ruled by Venus who, as we’ve seen, has two distinctly different sides. A nice symbol in this case is St. Martin, whose celebration has been relegated to a children’s festival, but thus sees his message carried through the darkness by an army of singing children with brightly lit lanterns.

Live a life of integrity

The next card is from the gorgeous “Healing Oracle” by Josephine Wall and Carolin Stern and symbolizes nothing less than freedom itself, Harry Potter-style! It comes on the wings of an owl, is – of course – the final card in this deck and carries the message: “go your own way! Live a life of integrity.” To quote Nena once more: “towards the future, into the night.”

True freedom brings with it much responsibility. As Bob Dylan put it: “a hero is someone who understands the responsibility that comes with his freedom.” Amen. Wonderful also in light of the full moon on November 23rd, which is facing the sun in Sagittarius. It’s all about the rainbow bridge which our boat traverses, a universal truth that doesn’t discriminate but rather let’s all things BE as they are. Which isn’t to say that we shouldn’t liberate ourselves from stifling relationships or distorted values…indeed, we must!

Enter BAST, the huge Egyptian cat goddess, symbolizing independence (from the “Orakel der Göttinnen” by Doreen Virtue, a real classic and my very first deck). “Your independence is the foundation for your power and your success” – so get OUT of those codependent situations, no matter what their guise. All things in creation are clear and simple – we’re the ones who create the drama (says the QUEEN of Drama)!!

So, for those who dare to board the boat, to look at what’s broken and shattered in dark, to cast your net across the rainbow bridge and carry a light into the darkness – freedom awaits you. And I’m talking real freedom and independence. Be brave, healing is coming. 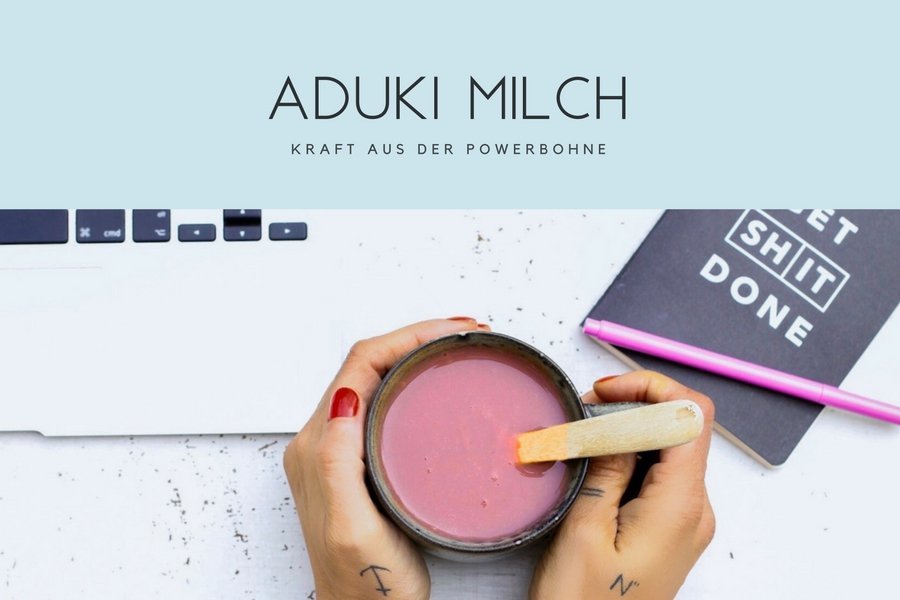 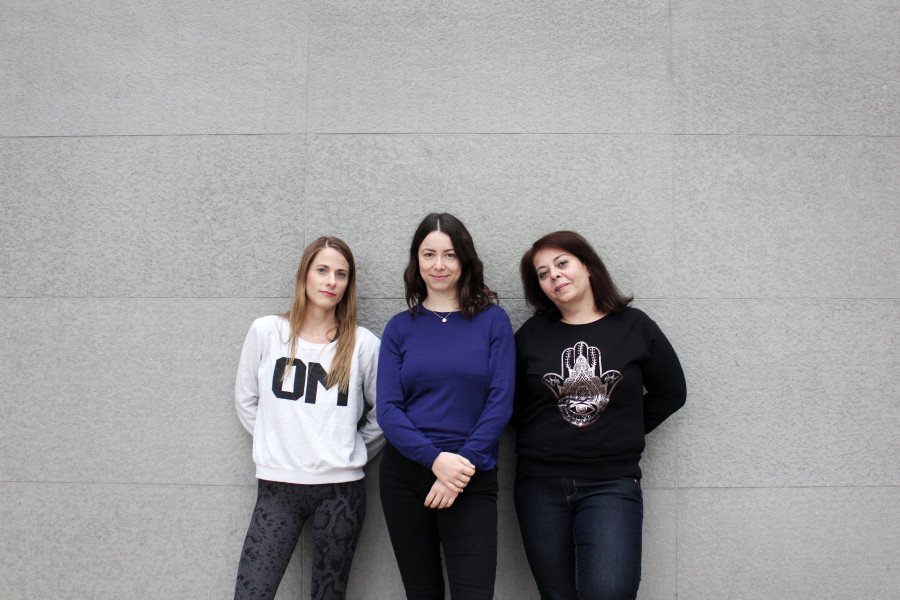